The 2016/2017 season includes collaborations with University of Maryland Music and debuts from artists around the world. Sunday Concerts begin promptly at 4 pm. All performances take place in the Music Room unless otherwise noted.

Duncan Phillips believed that the experiences of art and music were complementary and intertwined, and he envisioned The Phillips Collection as a place where the public would be encouraged to establish correspondences between various art forms that would inform different ways of thinking. As early as 1915, Phillips was fascinated by this relationship between music and visual art. As music provides people with “spiritual nourishment and exultation,” Phillips believed that “paintings… seek only to speak to their souls in the same musical way.”

Music has been a vital part of the Phillips cultural offering since the museum opened its doors to the public in 1921. The beautiful oak-paneled library addition designed by Hornblower and Marshall became the warm and inviting Music Room, complete with grand fireplace, teak parquet floor, elegant plaster molding, stained and leaded glass, and comfortable banquettes for the public to enjoy live music.

The formal establishment of the Sunday Concerts series began in 1941. Now preparing for its 76th season, Sunday Concerts is the longest-running uninterrupted concert series in Washington, and has been responsible for presenting many well-known artists at critical moments in their careers. Since then the Phillips has continued to present both young and established artists, including such performers as Jessye Norman, Jean-Yves Thibaudet, Rober McDuffy, Alexander Melnikov, Philip Glass, Simone Dinnerstein, and Steven Osborne, among many others.

During the 90th anniversary celebrations of the museum in 2011, The Phillips Camerata was founded by Director of Music Caroline Mousset. Formed with a roster of internationally renowned musicians form the DC, New York, Philadelphia, and Baltimore areas, the Camerata carries the Phillips’ name and remarkable history of music into the concert circuit.

The Phillips Collection has maintained a strong commitment to the commissioning of significant new music by living composers. For the 75th Anniversary Season, Frederic Rzewski premiered his newly commissioned work “Not a Sonata,” performed by Jennifer Koh and Ursula Oppens. Additionally, Paula Matthusen and Steve Antosca premiered works commissioned and directly inspired by The Phillips Collection. The Steve Antosca Ensemble performed a delicate balance, part 1 and tessera, and Metropolis Ensemble performed the world debut of Matthusen’s between the smell of dust and moonlight. These three works celebrate Duncan Phillips’s vision of his museum as a space for art, music, education, and experimentation. 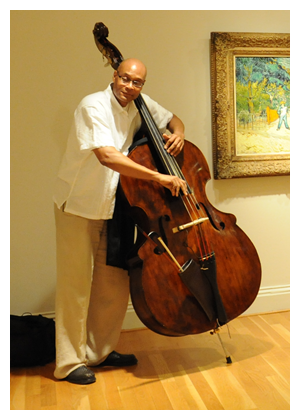