The Conversations with Artists series provides an opportunity for the public and students to hear from and speak with leading contemporary artists in an informal setting. Since its inception in 2006 nearly three dozen artists working in various media have participated, including Vito Acconci, Nikki S. Lee, Mel Chin, Walid Raad, and Wangechi Mutu, among others.

(b. Oaxaca, Mexico; lives and works in Columbia, Missouri).
Fidencio Fifield-Perez’s work examines borders, edges, and the people who must traverse them. In his work, Fifield-Perez manipulates paper surfaces and maps to refer to the crafts and customs used to celebrate festivals and mourn the dead, which he learned as a child in Oaxaca. For Fifield-Perez, these techniques are a way to reconnect with a time and place no longer present.

He will be joined in conversation by Heidi Zenisek, a sculptor and current MFA candidate at University of Maryland. 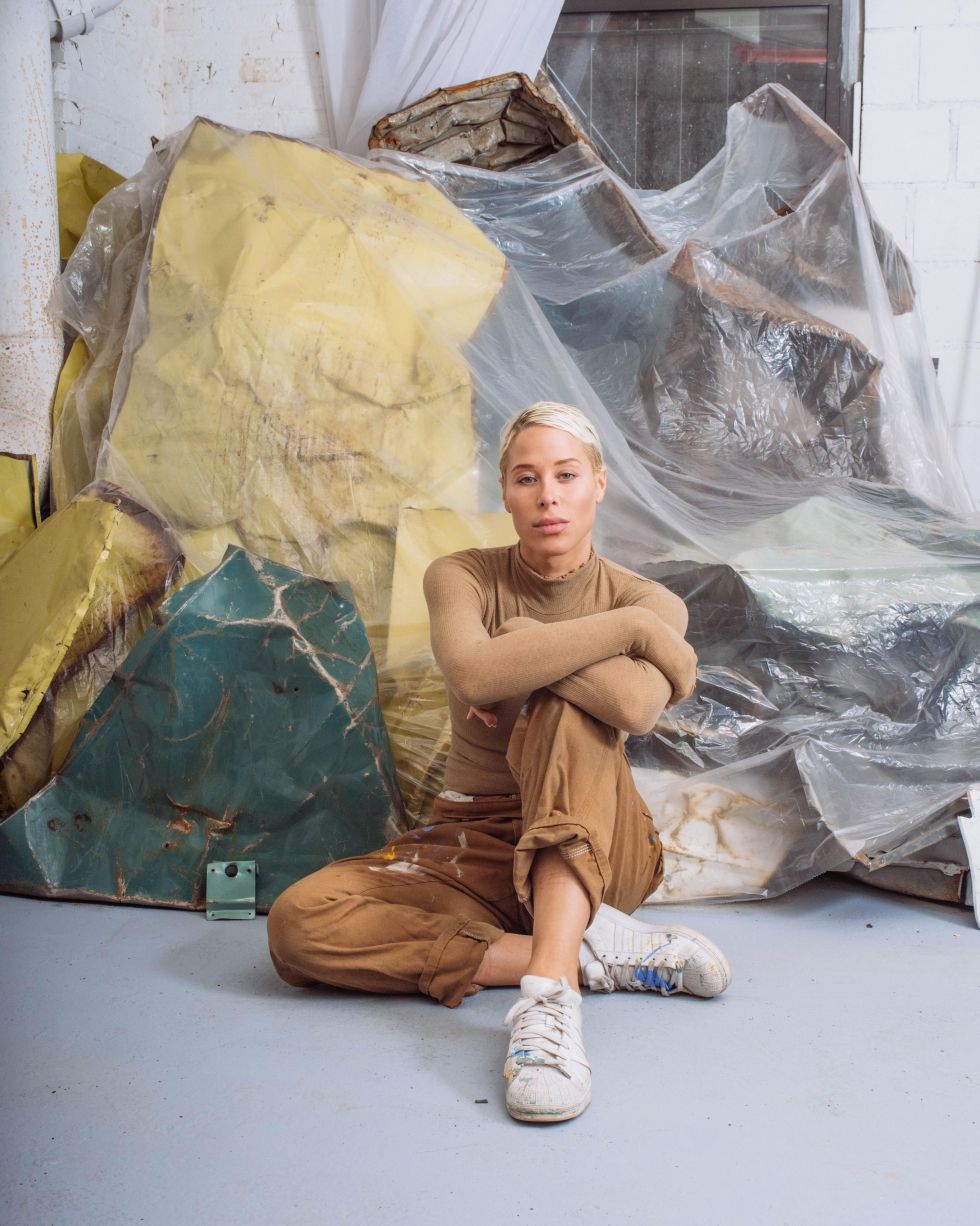 (b. St. Louis, Missouri; lives and works in Brooklyn, New York) Former performer: stage acting, bodybuilding
Kennedy Yanko’s works push the boundaries of collage and combine metal and paint to find beauty in the abject. Learning more about her materials’ urban pasts has encouraged Yanko to repurpose metal and change our experiences with it by altering the way it participates in a space. Her paintings, which she calls ‘skins’ result from various paints being poured into one another, forming intriguing color stories and beautiful shapes. To push her practice further, she pairs the ‘skins’ with rubber, metal, rock, marble and found objects to produce abstract, physically-commanding sculptures.

She will be joined in conversation by Vesela Sretenović, the Phillips’s Senior Curator of Modern and Contemporary Art.

(b. in Ocala, Florida; lives and works in Washington, DC)
Robin Rose creates works in encaustic mixed with pigment and wax using subtle hues to produce his subtle abstractions. His so-called Scriptronics are drawings created on brown paper with a black marker connected by wire to a CD recorder. As he draws on the paper, sounds emanate from speakers. The texture of the paper and the amount of pressure applied while drawing determined the sound being recorded and played back. Rose sees his Scriptronics not only as a means of expression for artists but also as a potential therapeutic tool for the autistic and those with dementia.

He will be joined in conversation by W.C. Richardson, Chair, Department of Art, University of Maryland. 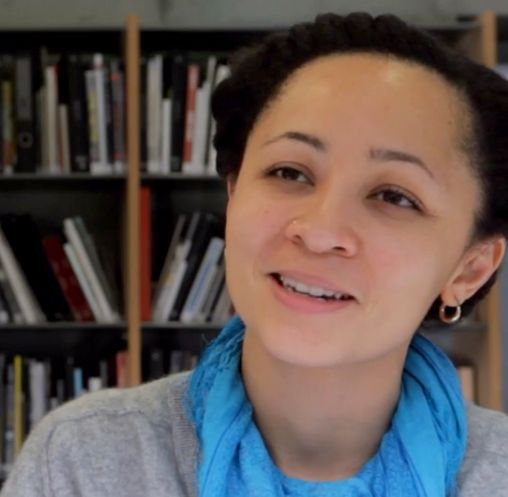 (b. Mochudi, Botswana; lives and works in Johannesburg, South Africa and Ontario, Canada).
Sunstrum’s practice is grounded in drawing, but also encompasses installation, animation, and performance. Her work is often rooted in autobiography, addressing the development of transnational identities, human connections, and cross-border rituals. Having lived in Africa, Southeast Asia, and the United States, Sunstrum developed an alter-ego, Asme, to convey her unfixed, evolving selfhood. The image of Asme is often superimposed with overlapping gestures as a means of suggesting compounded time, illustrating her universal, atemporal existence.

She will be joined in conversation by Klaus Ottmann, the Phillips’s Chief Curator and Deputy Director for Academic Affairs.

(b. Columbia, Maryland; lives and works in New York City)
Mack’s tactile assemblages, created from a dynamic combination of used textiles, worn clothes, moving blankets and torn rags, alongside photographs and pull outs from books and magazines, extend and transform the notion of painting. His use of color, form and material as elements in a compositional lexicon as well as the stained or dyed fabrics which are his principal medium, declare the origin of his practice in the investigation of painting in an expanded field, while the way his compositions occupy and transform space are evidence of their sculptural nature.

He will be joined in conversation by Jessica Gatlin, Assistant Professor, Print and Extended Media, University of Maryland. 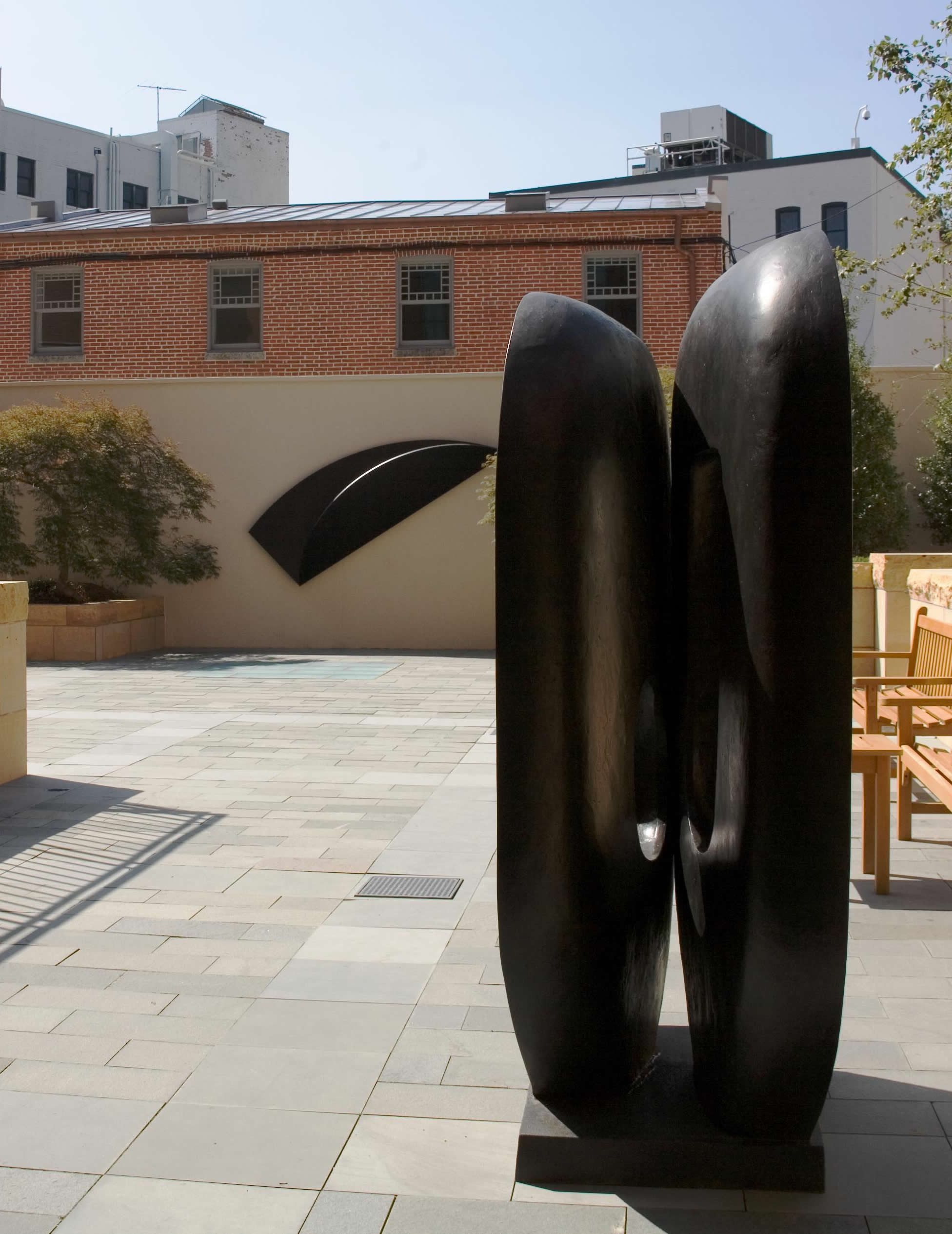